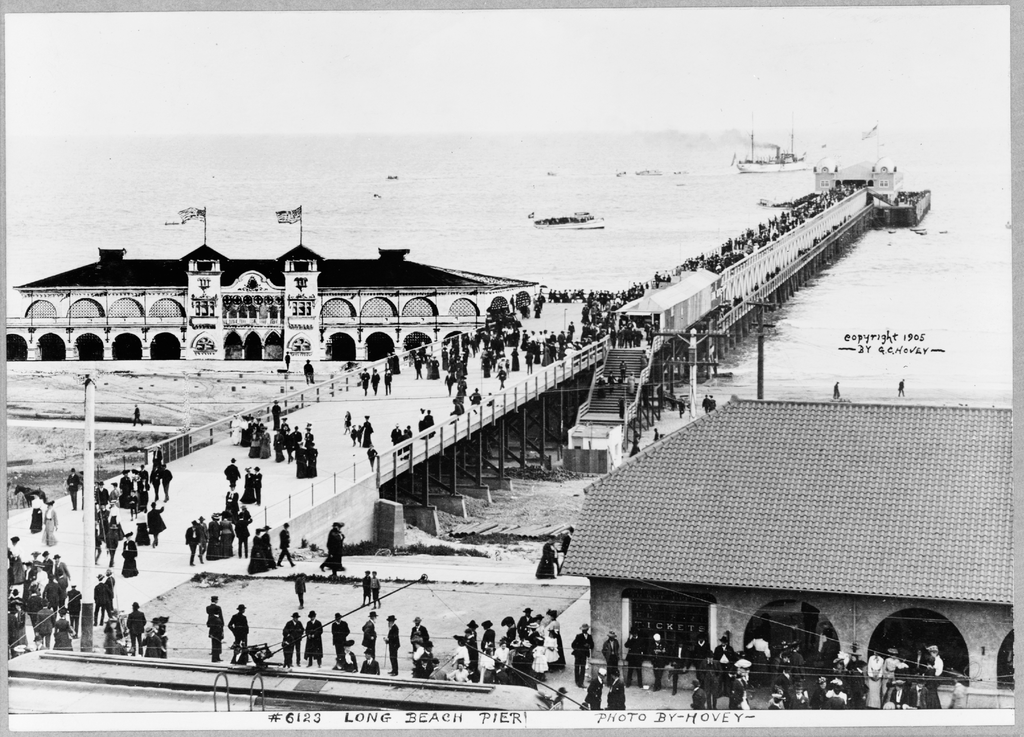 Known for not only its arcades and food stands, but its connection to tattoo legends, the Pike was an amusement park that first opened in 1902 in the city of Long Beach, California. The pier that held the Pike was the perfect setting to attract families looking for entertainment, and with the completion of the Red Car trolley line coming from Los Angeles, an even wider audience was drawn to the Pike, looking for fun.

Large crowds of people milled about the Pike, taking in the carnival-like atmosphere, and while most were there to play games or enjoy the various rides, there was also a definite underground vibe to the Pike once the sun had set. Many people came to see the sideshows that were on offer, or to visit the bars and tattoo parlors.

With a close proximity to local shipyards, the Pike was also a major draw to sailors. They came looking for ways to relax when on shore leave, and many of them headed back to sea with a tattoo souvenir.

During the 1950s, the amusement park was renamed Nu-Pike, and some of the most iconic figures in the tattoo world set up shop along the pier. Lee Roy Minguh, Bob Shaw, and Lyle Tuttle all tattooed at Nu-Pike at one point in time, but the most notable member of the Nu-Pike club was most likely the legendary Bert Grimm.

Grimm opened his shop, Expert Tattoo, there in 1952 and began a career that would go on to inspire and influence many of the tattoo artists of today. His original shop is still open, now known as Outer Limits Tattoo, and it is the longest continuously operating tattoo shop in the United States. People that visit can also get a glimpse of tattoo history in the shop’s small museum of local tattoo lore.

The designs and flash created by Grimm have been instrumental in the world of tattooing, and many of them can still be found in use in shops around the world to this day. He was also a notorious story teller, and people came from far and wide to hear what he had to say, and to be educated in quality tattoo practices.

One of Grimm’s most well-known students and partners was Owen Jensen. He worked with Grimm in his Nu-Pike shop during the 1950s and 1960s, although he later moved down the street to work with Lee Roy Minugh.

Nu-Pike wasn’t all fun and games, as it attracted an increasingly diverse and dangerous crowd, including bikers and sailors that were looking for the darker side of the entertainment that was on offer, and the area came to have a reputation for being one of the roughest areas around. Many people were mugged or even attacked there after night had fallen and the families had gone home.

Nu-Pike was renamed once more in the 1960s and was dubbed Queen’s Park in honor of the arrival of the steam liner, The Queen Mary. Many of the locals didn’t care for the new name, and continued to call it Nu-Pike or just the Pike, and it is still referred to that way to this day.

With the arrival of the 1970s, the area surrounding the Pike became increasingly dangerous, and criminals began to target the tattoo shops, looking for quick cash from the busy businesses. Many of the shop owners began to arm themselves in case of being robbed, including Owen Jensen, who tended to stay later than most of the other artists. Unfortunately, carrying a small pistol wasn’t enough to protect Jensen, as he was attacked and robbed in his shop in 1976, later dying from the stab wounds that he received during the robbery.

The Pike’s Place in History

Due to the steady decline of the area, the Long Beach Pike was closed in 1979, and the pier and its attractions were demolished by the city. Even though the Pike is no longer standing, and many tattoo artists chose to leave the area once and for all, there’s no argument that the Pike had a long and lasting effect on the tattoo world, and left a deep impression on the history of American tattooing.