Tattoo History – The Rock of Ages 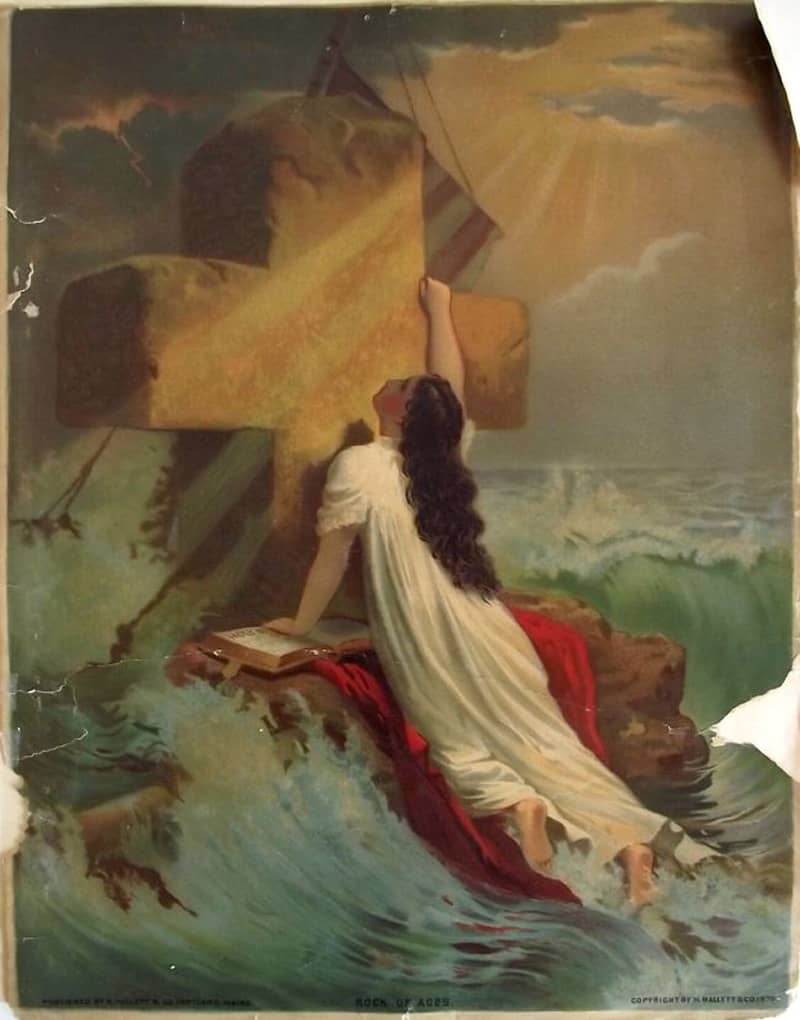 “When I soar to worlds unknown, see Thee on Thy judgment throne…”

The Rock of Ages is a classic religious image that has been applied as a tattoo hundreds if not thousands of times across the world. The iconic image is easily recognisable and it’s shape lends itself perfectly to being applied to a forearm, a thigh or a whole back. 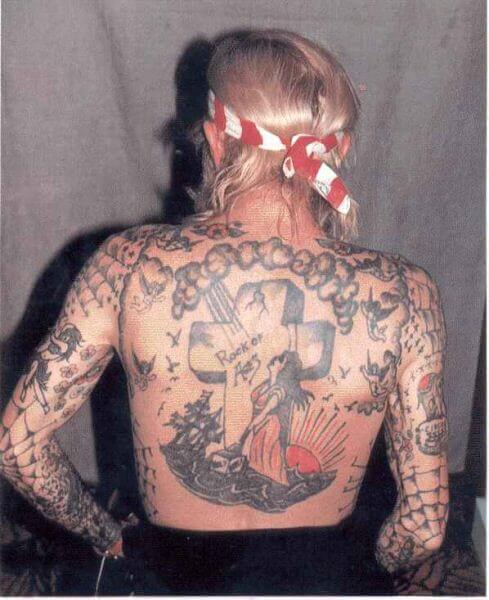 The name Rock of Ages comes from a hymn written in 1763, when a reverend from Somerset was caught in a storm, and found refuge in a gap in the gorge he was walking through. It was not for another 100 years until the visual representation of the Rock of Ages we know took shape. In the 1860s, Johannes Oertel painted a picture first titled “Saved, or an Emblematic Representation of Christian Faith”, which was reproduced widely with the title “Rock of Ages”. 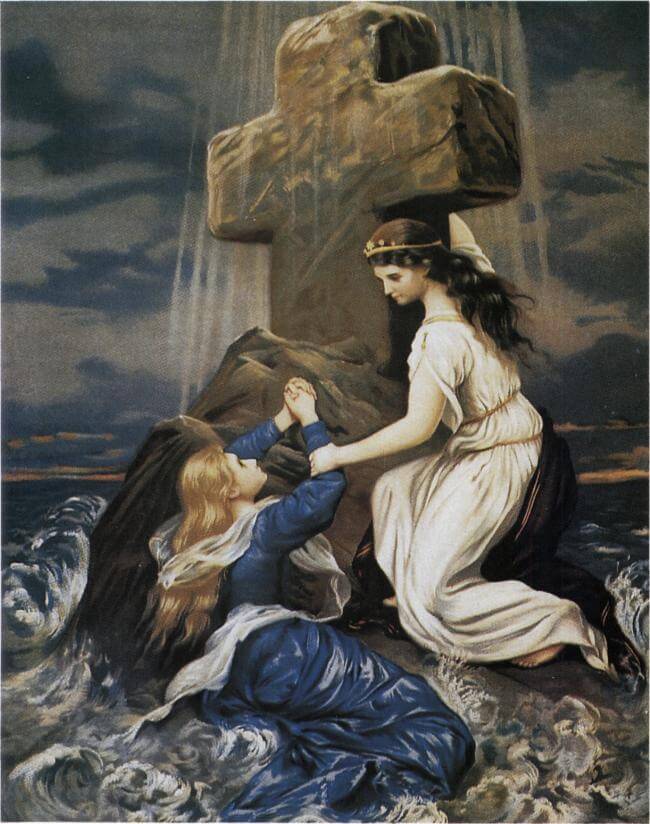 The image lent itself perfectly to tattooing, with its dramatic naval theme, beautiful woman and religious symbolism. The shape of the image meant that it could be applied perfectly to many areas of the body, whether a small tattoo on the forearm, or a full backpiece with a frame. It’s hard to say when this image was first tattooed, but the image has been created by many tattooers including Samuel O’Reilly around the end of the 19th Century. 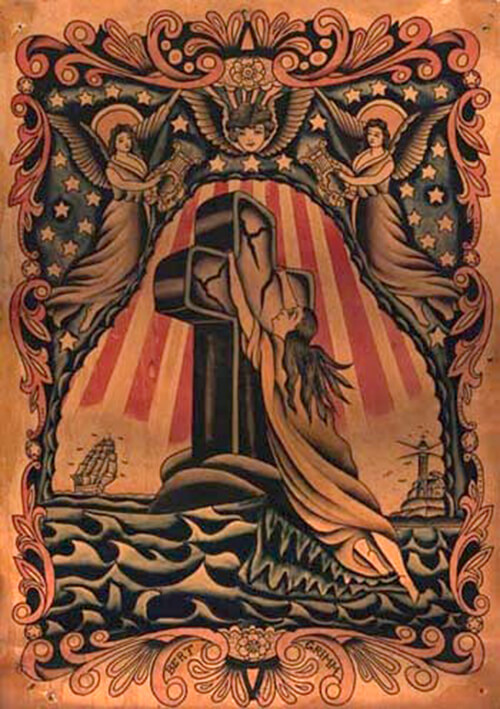 You will often see old lithographs of the image in antique shops and on the walls in tattoo shops in many different forms. Sometimes there will be more than one person in the scene, often with a sinking ship in the background, and sometimes the scene on land. There are many meanings that can be given to the image, the most obvious being that your faith will keep you safe through rough times. 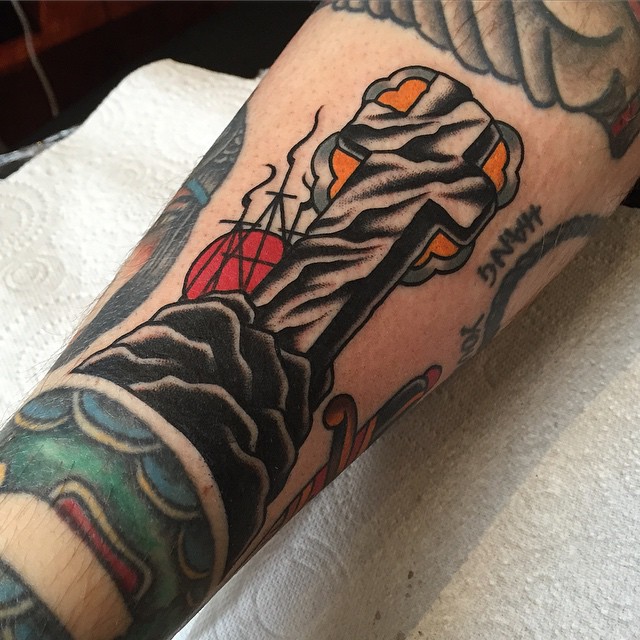 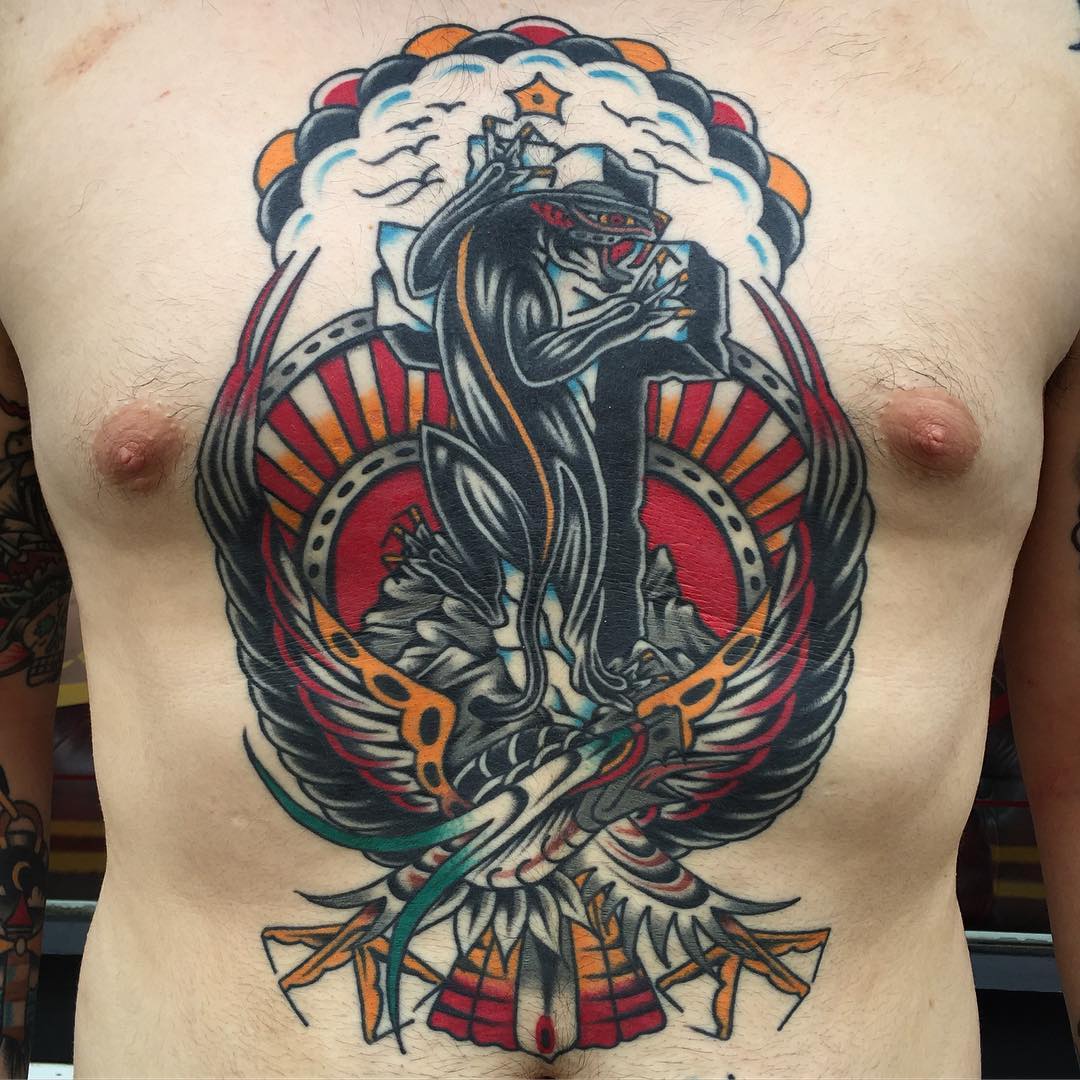