The Beginnings of British Tattoos 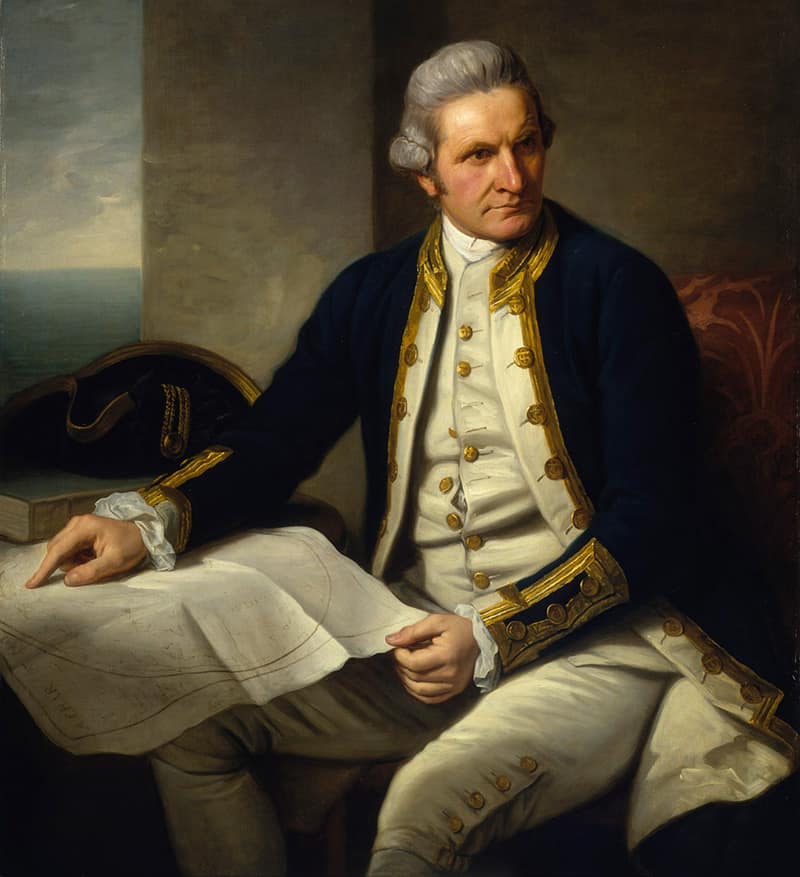 While there may be no clear history of the very first tattoos making their appearance in England, a strong argument can be made for the case of Captain James Cook being the driving force behind the rise of their popularity.

The famous explorer’s journeys to the Tahitian islands introduced him to a world where body art flourished, and many of his sailors were so impressed by the native art form that they chose to receive tattoos of their own.

By the beginning of the 19th century, more than 90 percent of Cook’s sailors had received at least one tattoo as a way to remember their exotic travels. Many of the sailor’s tattoo designs told of their travels and their service: a turtle indicated that its bearer had sailed across the equator, an anchor told the tale of an Atlantic journey, and a dragon bragged of service at a Chinese naval station.

Some of the men even learned the process of Polynesian tattooing for themselves and began to give each other tattoos on their long journeys. A few of the more artistic sailors eventually retired from the sea and began the first tattoo parlors in European ports of call.

From Sailors and Soldiers to High Society

Much like their seafaring brothers, members of the British army began to get tattoos, as well. In fact, tattoos were encouraged amongst the ranks as a means of promoting military pride, as well as a way to identify the bodies of soldiers that lost their lives on the fields of battle.

Tattoos weren’t seen only in the lower ranks, as both Naval and Army officers soon took up the trend. This may have been one of the reasons that tattoos were soon seen amongst the rich and powerful, such as the Duke of Clarence and the Duke of York (later King George V), who both received tattoos during their time in the Royal Navy.

Those in the upper class and the monarchy also used their tattoos to tell stories and invoke a sense of pride, just as sailors and soldiers did. They received tattoos of their Royal Coats of Arms and Royal Family Crests, along with images of their time in the service.

During the 19th century, several popular British tattoo parlors sprang up and were frequented by those in high society, as well as those that were serving their country. These men were true artists, and soon developed a reputation as being the masters of the art of tattooing.

From Exotic Origins to a Modern Practice

One of the most famous tattoo artists of the time was Tom Riley, a soldier who developed his masterful skills by placing thousands of regimental crests and other military designs on his fellow soldiers during the Sudan Campaign of the African War. After leaving the army, he opened his own tattoo shop in London.

Riley’s American cousin, Samuel O’Reilly, was also a famous tattoo artist with a shop of his own in New York. The cousins most have compared notes frequently, as Riley patented the first electric tattoo machine in England right around the same time that O’Reilly was doing the same in America. These machines made the art of tattooing quicker and less painful, revolutionized the tattooing process, and helped to make tattooing a modern trend for years to come.

Along with Tom Riley, an artist named Sutherland MacDonald emerged as one of the tattooing greats of the time. Like Riley, Macdonald learned to tattoo while serving in the British army, but he also had the benefit of formal art school training. He opened a London studio in 1890, and distinguished himself by using the term “tattooist” rather than “tattooer,” and by dressing in the formal style of a gentleman. MacDonald also furthered his career by courting journalists into making him the subject of flattering magazine and newspaper articles, and having them refer to him as the Michelangelo of tattooing.

Perhaps the most famous tattoo artist of the time, George Burchett began his professional career around the time when Riley and Macdonald were at the height of theirs. He learned the rudiments of tattooing during his service in the Navy and began a career that earned him fame, fortune and the title of King of Tattooists at the age of 28. Burchett provided his clients with a comfortable and relaxing studio, used topical anesthetic to lessen physical discomfort, and made use of the newly invented tattoo machine in order to create a memorable experience while he created detailed tattoo designs for his clients, mostly based on Asian imagery.

Those early pioneers helped to transform tattooing from an exotic art form, shrouded in stigma into a modern practice enjoyed by people of all walks of life, and thanks to their creative inventiveness, what once was seen as a practice only of sailors and soldiers has become an art form that we now see on people of all social classes, including royalty and celebrities.