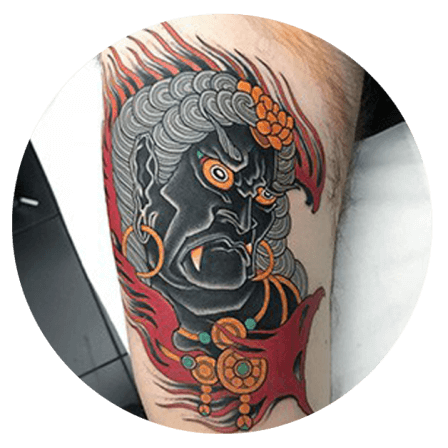 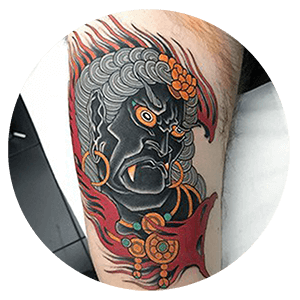 Davide’s interest in tattoos began in his early teenage years, spending time in a tattoo shop owned by the family of his friend. This really opened his eyes to the world of tattooing. Through his life he had been drawing and doing graffiti, and in 2011 he moved to London and began tattooing in Camden Town.

Davide is very proficient in most styles of tattooing, from traditional and black & grey, and his love of graffiti gives him a good grasp of lettering and script. However, his real interest is in Japanese inspired tattooing, from smaller one-shot designs to larger scale pieces like sleeves and back pieces.